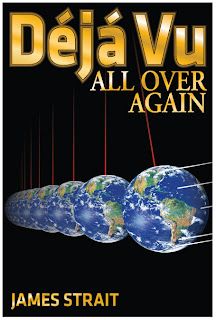 IT HAD LONG BEEN DEBATED THAT THE END OF DAYS FOR PLANET EARTH WAS SET IN CONCRETE AS DECEMBER 21, 2012. Mathematical savant Ana Christensen was merely following her instincts when working a theorem in a direction and style that could have never been accepted by traditional mathematicians. As a result she stumbled upon an ancient Mayan creation, a time loop beginning in 3114BC and ending on the long contested twenty first century date. In a dynamic race against time, Ana and her male compatriot battle the forces of individual evil, bureaucracy, paramilitary mercenaries, and most powerful of all…destiny.

It tells the story of a woman called Ana who tries to save the world. The book has a little of everything – violence, romance, fantasy and action. Ana connects to quantum space and transcends the time loop.
A five star rated book, it is definitely one that will do well for a holiday read.
About the author: 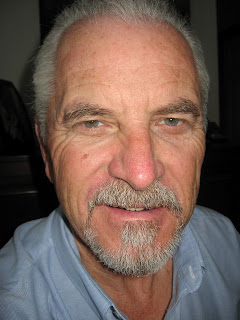 James Strait’s professional career began as a Special Forces soldier, where he demonstrated youthful tenacity and versatility by becoming the youngest recruit to graduate Special Forces Training Group.
After the military he enjoyed a thirty-year career as a professional pilot flying over one hundred different types and categories of airplanes. In parallel, Mr. Strait operated a small business providing a variety of services to civilian companies and the military.
After retirement from professional aviation, Mr. Strait transitioned into broadcast radio where he has hosted “Strait Talks” radio since 2006. He began his professional writing career with the release of “Weird Missouri”, in 2008. His most recent book, “Déjà vu All Over Again” is an action adventure novel taking place in the final 57 hours prior to the calendar turning 12-21-2012.
His future projects involve the release of his third book, “Thomas Jefferson is Missing”. He will also be hosting Book Talk Radio, debuting in the fall of 2012.
Links
James’ personal/radio website is www.straittalks.com
Website Link : www.DejavuAllOverAgainBook.com
The book can be purchased at:
Deja Vu All Over Again
Smashwords
Amazon.com
Barnes and Noble

All Wrapped Up with Pretty Gifted

Christmas presents for £5 and under with Sports Direct – #sdfiverchallenge

One thought on “Deja Vu All Over Again – Book Review”